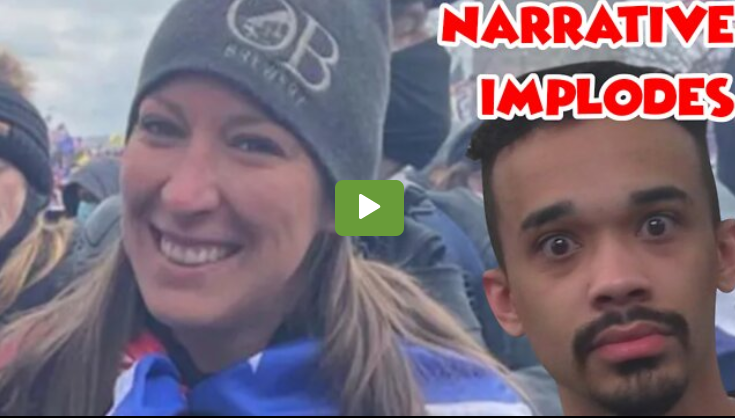 Ashli Babbitt desperately tried to prevent rioters from vandalizing the doors leading to the Speaker’s Lobby at the U.S. Capitol on Jan. 6, 2021, even stepping between one troublemaker and police officers guarding the doors, a video analysis shows.

Frame-by-frame video evidence analyzed by The Epoch Times paints a vastly different picture of Babbitt’s actions than that portrayed in media accounts over the past year. News media regularly painted Babbitt as “violent,” a “rioter,” or an “insurrectionist” who was angrily trying to breach the Speaker’s Lobby.

Video clips appear to show she tried to prevent the attack, not join it.

Video shot by John Sullivan, also known as Jayden X, shows that Babbitt tried to stop the violence against the Speaker’s Lobby at least four times before she climbed into a broken window and was shot by U.S. Capitol Police Lt. Michael Byrd. At one point, she was so distressed at the violence, she was jumping up and down in frustration.

“The reality of it is, Ashli wasn’t a violent person. She was a good person, but they’ve demonized her to become this domestic terrorist that she never has been,” Tayler Hansen, an independent journalist who was feet away from Babbitt when she was shot, told The Epoch Times.

“She served her country for 14 years. That’s just insane to me that they can actually get away with pushing this narrative,” Hansen said. “They’ve done that by suppressing first-hand witnesses like me.”

Hansen said he was walking behind Babbitt in a hallway on the second floor of the Capitol at about 2:40 p.m. She turned right down the Speaker’s Lobby hallway. Hansen followed.