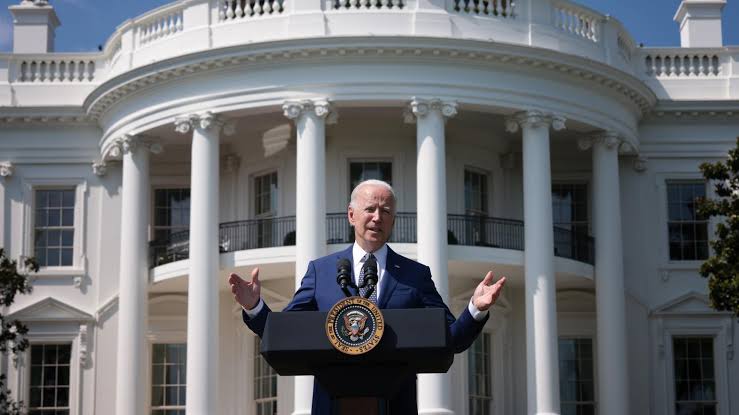 Mollie Hemingway’s ‘Rigged’: How Dems have outmaneuvered the GOP in elections for years

“It’s amazing [Republicans] won any elections, given this,” the author and Fox News contributor said.

The Federalist’s Senior Editor Mollie Hemingway released her new book Tuesday called “Rigged: How the Media, Big Tech, and the Democrats Seized Our Elections,” which analyzes the issues with the 2020 election, the Democrats’ history of refusing to accept Republican-won elections, and how Republicans are repeatedly outmaneuvered by the Democratic Party in election litigation.

But in the case of the 2020 election, when the use of those methods significantly increased, those who questioned them were labeled conspiracy theorists by Democrats in political, media, and corporate elites as social media seeks to censor reports of election irregularities.

Hemingway argues the new voting and election methods implemented during the COVID-19 pandemic make the whole process less private and secure, more like it was in the early years of America, when people’s votes were public and easily manipulated.

These changes are partly due to how the Democratic Party exploits the legal system to its advantage with elections, she explains, starting with Marc Elias, who chaired the political law practice at the party’s law firm Perkins Coie for years.

Elias, who was general counsel for both John Kerry’s and Hillary Clinton’s presidential campaigns, hired Fusion GPS in 2016, which created the Steele dossier at the center of the Trump-Russia collusion hoax.

He also has a long history of using courts to benefit Democrats in elections, as was the case with the overturning of Al Franken’s apparent loss in a Minnesota Senate election, which ultimately gave the Democratic Party a 60-seat supermajority in the Senate to bypass the filibuster and pass Obamacare, according to Hemingway. Franken’s slim, 312-vote victory was brought into question over a year later, when 393 votes in two of Minnesota’s largest counties were found by a conservative group to be illegally cast.

Elias was also at the center of the 2020 election, when in January of that year he urged counting ballots without matching signatures, expanding no-excuse absentee voting dramatically, having the government pay for postage, counting ballots that arrive after Election Day, and implementing and expanding ballot harvesting.

The 2020 presidential election was also the first since 1980 when the Republican National Committee was allowed to participate in Election Day operations.

For nearly 40 years, “the Republican National Committee had been prohibited by law from helping out with poll watcher efforts or nearly any litigation related to how voting is conducted,” Hemingway writes.

It started with the 1981 New Jersey gubernatorial race, when Democrats accused Republicans of voter intimidation. The two parties settled the case and entered into a court-ordered consent decree, under which Republicans were limited in poll watching operations.

Judge Dickinson Debevoise, who was appointed by President Jimmy Carter, oversaw the agreement and didn’t let the Republicans out of it, as he kept changing it and following Democrats’ request to strengthen it for them. While he was only a judge for 15 years, he maintained senior status for 21 years, which is like a “semi-retirement that enables judges to keep serving in a limited capacity,” Hemingway writes.

After Debevoise’s death in 2015, his successor, who was appointed by President Barack Obama, took over the case and “let the agreement expire at the end of 2018.”

While the Democratic Party was able to build up its own coordination efforts for decades, the RNC was prohibited from doing so, as GOP candidates and state parties were left to do those things on their own.

The RNC was also prohibited from any Election Day-related litigation and recounts.

On “The Federalist Radio Hour” Tuesday, Hemingway said that when she was interviewing Republicans about the consent decree, they told her that it was just the way it was, which prompted her to think, “It’s amazing you people won any elections, given this.”

The nation’s largest gathering of social scientists deplatformed a conservative group because a lawyer for former President Donald Trump was participating in its events.

The American Political Science Association forced the Claremont Institute to make its “related group” discussions virtual at the annual convention in Seattle, a day after hundreds of APSA members demanded the association eject both Claremont and John Eastman.

Back in July, organizers had only demanded the two panels with Eastman be made virtual in the interest of “safety,” Claremont president Ryan Williams wrote in an opinion essay. The group decided to cancel all 10 panels and its reception in protest of APSA’s new across-the-board demand.

Eastman has previously suffered professional consequences for his connection with Trump and his election lawsuits.

Chapman University forced him to retire as a law professor after he spoke about election fraud at Trump’s “Save America” rally Jan. 6 preceding the Capitol riot. The University of Colorado Boulder dumped him as a visiting professor in conservative thought and policy a month later.

A former APSA member who was Eastman’s roommate in graduate school called the association “cowardly weasels” for deplatforming Claremont rather than providing security at its events.

The discussions APSA itself hosted were “dreadfully boring or stupid,” political scientist John West, formerly of Seattle Pacific University, said in a phone interview. The related-group discussions such as Claremont’s were the best reason to attend.

The protests against Eastman reached a fever pitch last month after reporters obtained his memo proposing a scenario under which Vice President Mike Pence would declare that seven states have no “validly appointed” electors due to ongoing disputes.

The tally excluding them would reelect Trump, Eastman wrote. Williams said this was a “truncated part of a draft version of John’s memo” sought by Trump and Pence “on how to proceed during the course of a constitutionally valid process.”

The demand letter to APSA came days later, calling Eastman “an active participant in the attempted coup” whose proposal would have brought democracy “to an abrupt conclusion.” The signatories also called Claremont “an active proponent [of] falsehoods and misinformation about the 2020 election and its aftermath.”

Claremont has hosted events at the APSA for 35 years, according to Williams. Not only does the publisher of the Claremont Review of Books consistently offer the most panels of any related group, but its panels are “often the best-attended” at the convention and a major driver of revenue for APSA, he wrote in Newsweek.

“They have really a storied history of putting on fabulous receptions and panels” that go beyond “navel-gazing,” said West, who worked for the institute in graduate school. “They don’t just bring people who have the carbon copy view, especially in the wider conservative community,” and its panels are no more “screwy” than others allowed by APSA.

Those brow-raising panels include “When Disobedience Should Be Uncivil” and “Cities as Sites of Resistance,” according to Williams’ essay. APSA itself has given tens of thousands of dollars to the Democracy Fund, “which primarily bankrolls left-of-center media outlets” and whose leaders signed the letter against Eastman and Claremont, he wrote.

While Drezner criticized Claremont for inviting Eastman to speak, the columnist said APSA’s unilateral decision to make the panels virtual “feels very much like assenting to a heckler’s veto. That does not strengthen democracy either.”