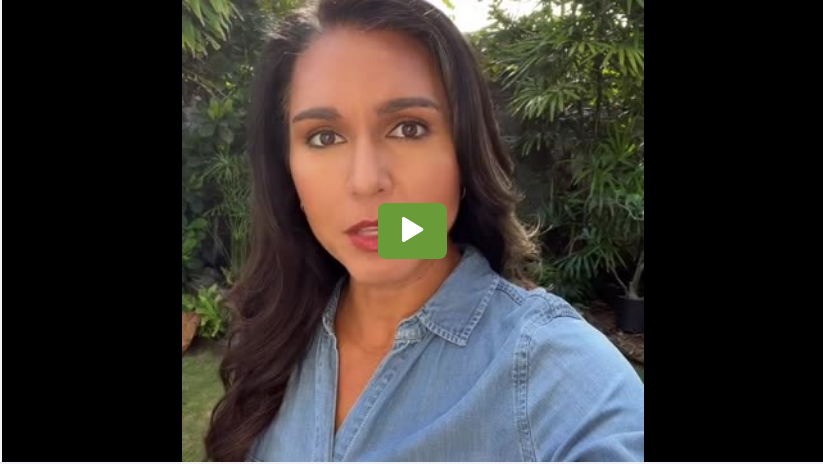 The jury got it right finding Rittenhouse not guilty

The jury got it right—finding Rittenhouse not guilty on all charges. The fact that charges were brought before any serious investigation is evidence that the government was motivated by politics, which itself should be considered criminal.

I pray Kyle brings the Armageddon of lawsuits against every news anchor and writer that slandered him and completely reported 100% lies for over a year. Sue them into poverty!!!;

Same here. My brother and I were on the phone talking about that as soon as the verdict came in. Biden, CNN, MSNBC (including their doxing attempts), Viacom, Zuckerberg, Dorsey, BLM’s spokespeople, and some celebrity activists need to be bled dry in court;

Big time, Biden opened his big mouth calling Kyle a white supremacist and militia member. I hope he sues the poopy pants in chief. Rittenhouse has a lot of leftist news targets to choose from. CNN, MSNBC, etc. The only problem is now he is a walking target for all the assholes who wanted him in prison for his actions. Hell, even his attorney was getting multiple death threats from leftist ass holes constantly. Kyle needs to carry all the time: Followers’ Comments. 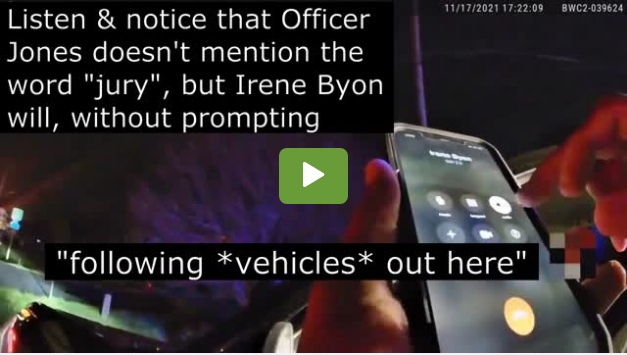 He was trying to ruin the lives of those on the jury.

“Had different people positioned around the courthouse?” Ha! Yeah ok. Jury intimidation or stalking! What scumbag does that? Oh wait…;

He should have been arrested along with the instructor’s msnbc. They knowingly committed this crime for news sensation endangering the jurors;

seems to me there is jury stalking, tampering with justice….smh…no, no bad idea!;

never heard so many ums and pauses since Bill Gates last interview…communications experts and most law enforcement are trained to detect liars: Followers’ Comments. 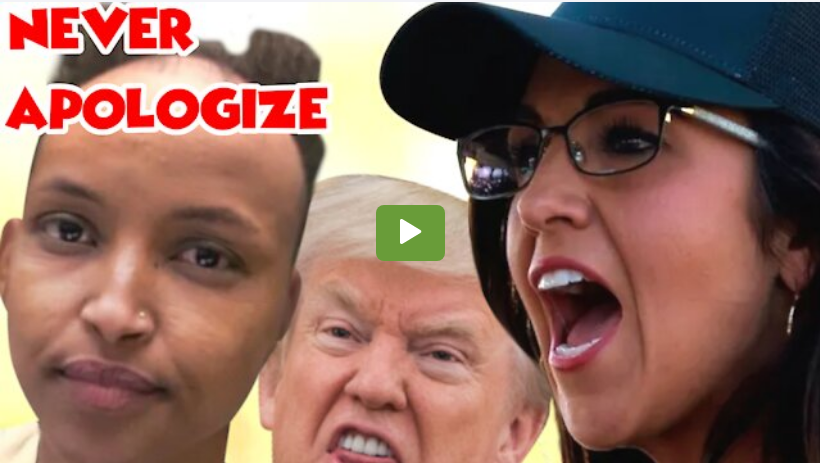 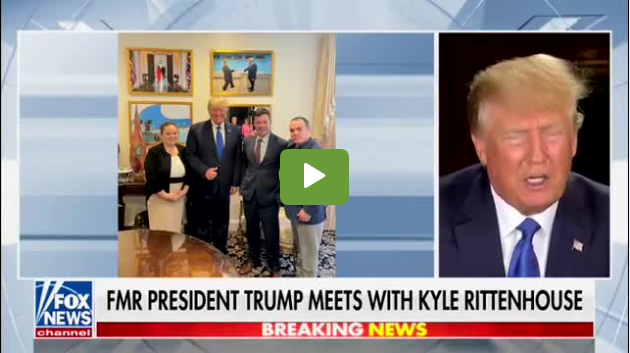 I thought Kyle would be going to Mar-a-Lago! That is Great!!!;

10 shots fired in my neighborhood tonight and no news from the press;

Happy Thanksgiving President Trump and Family. God bless you all;

Thank God Kyle was found not guilty. I miss President Trump! I will not be giving another penny to the Republican party after what Rona McDaniel said today. The Republicans received a lot of money from people and they it’s supposed to be going to help fight for election integrity. What happened to that?;

Rittenhouse Reveals the First Thing His First Attacker Said to Him 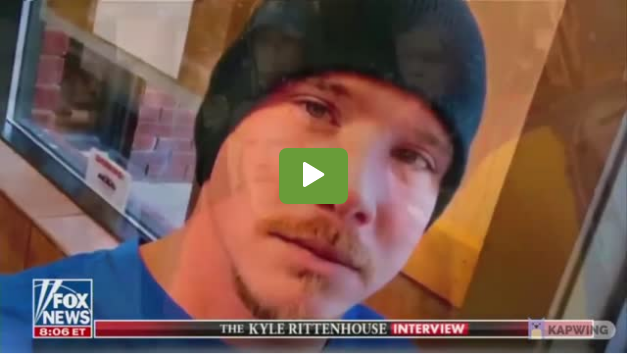 Joseph Rosenbaum was a bad dude.

How was Rosenbaum free after raping 5 boys????;

Because there are no more jails in the future. Progressives are nuts and don’t believe in crime. They believe in illness and if you’re ill you can’t be incarcerated because it’s a health issue, not a criminal issue. They are literally insane;

Oh, there are jails, it’s just that they’re being reserved for those who don’t agree with our elite leftist government;

Congratulations Kyle, the majority of America had your back. There are 2 fewer scumbags on this planet by their own actions. We the People need to stand up to these insane lunatics and remove them from society. It’s plain to see they are trying to destroy this country: Followers’ Comments. 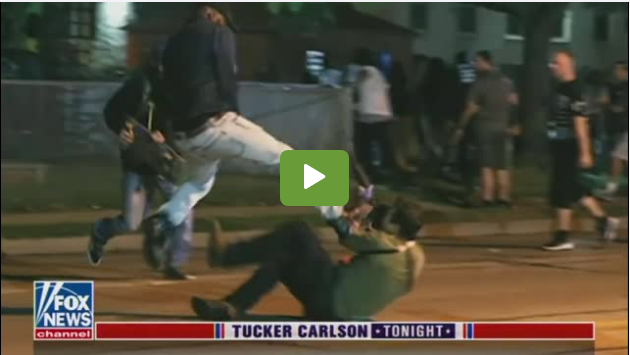 The whole trial shouldn’t have even happened

so thankful that Kyle is exposing the lies from this trial. Ignorance is bliss to the liberals;

When Kyle buys CNN and fires everyone I hope he renames it the Conservative News Network;

Y’all are so easily distracted from what is really going on. What about the proven election fraud? I don’t know about you but I want my President back. I could care less about anyone trial other than Biden’s trial for stealing the office;

Kyle Rittenhouse TORCHES The Media For Lying About His Case 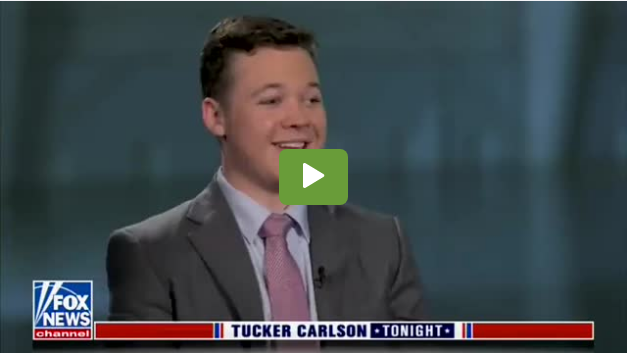 “The lies that they can just get away with spreading. It’s just sickening and it’s a disgrace to this country.”

Go for it, Kyle. Sue every last one of them;

Lying Media and Big Tech are TRULY the enemies of the people and the biggest threat to a free society!;

This kid is AWESOME! Everyone that tried to smear his name better is ready to lose the biggest lawsuit of their worthless lives. Get em, kid!;

I hope this means he will be suing the bejeezus out of ALL of them!!!;

They only “get away with it” if YOU don’t hold them accountable! GET WHAT’S YOURS KYLE! Lawsuits ALL around!: Followers’ Comments. 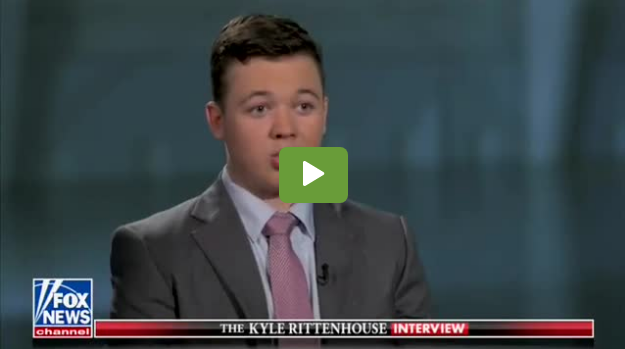 Kyle owes it to himself and all of America to bring the largest lawsuit in US history against Biden;

Biden would be deemed mentally incompetent after 2 mins of questioning;

It’ll be interesting to see what he can do. Biden made that post calling him a white supremacist before he stole the election so who knows;

Kyle, we who support you are so grateful the truth won! I know you have a long road ahead dealing With the attacks, the lies, and the betrayal, especially by our president! I hope and pray that you go after all these people especially the media and you sue them because they should not be getting away with this! Don’t do it for the money but do it because it’s the right thing and stand up for the truth!: Followers’ Comments. 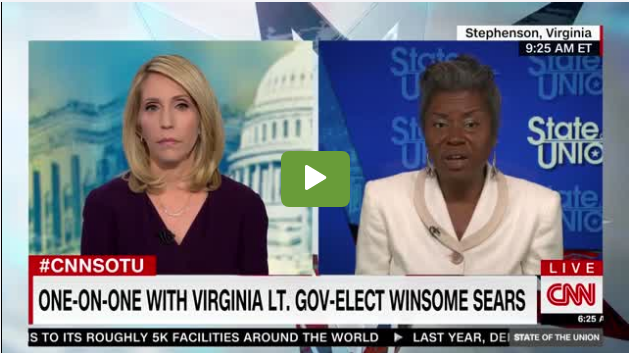 Someone in government to look up to;

This Clueless Can’t Cover News (CNN) reporter was not pleased when Sears wouldn’t answer her question as to whether or not she was vaccinated. She also didn’t like it when Sears corrected her when she said “You are encouraging people to get vaccinated” Sears let her know that she is not forcing anyone to get vaccinated, but did ask why is their concern if someone is vaccinated, they are wearing a mask and are 6′ distancing….this is what the CDC, the FDA and lying Falsie says is what makes us safe!! If I’m not vaccinated and someone else is fully vaccinated and they are wearing a mask ….what’s the problem??? If I’m not vaccinated and around someone who is vaccinated ….I CAN get sick from them!!! Why is the hospital so full of people who are fully vaccinated but still have COVID-19???? Falsie and Gates both have admitted that the “vaccines do not stop the transmission of COVID-19” – in layman’s terms….the vaccines do not work after 2 months……but….natural immunity DOES WORK FOR AT LEAST A YEAR!!!!!!!;

I like Winsome Sears! Notice how she was able to get the message out about the missionaries in Haiti at the end? Pretty awesome: Followers’ Comments.

NBA Star Kwame Brown STANDS BY Rittenhouse: It Was Self Defense And The Case Was Politicized 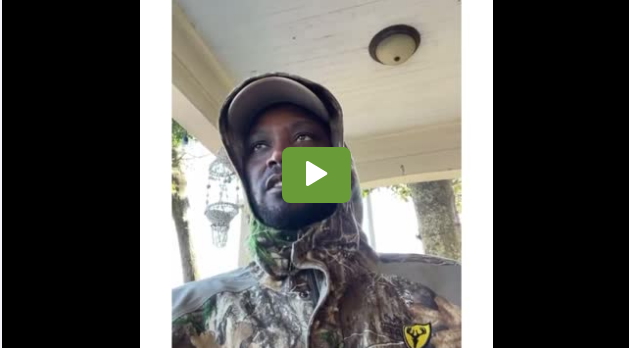 What every decent human being should already know. Props to Kwame Brown for standing up against tyranny;

Love listening to somebody who can see and testify to the truth;

Amen for speaking the truth. They have a vested interest in propagandizing and promoting racial division! Just totally disgusting!;

To put it in BIDENESE, “Kwame Brown ain’t Black”. He’s speaking the truth but that doesn’t matter to the Left;

Kwame Brown…..here’s a man that sees the truth, knows the truth, and is not afraid to speak the TRUTH!!! Thank you, Kwame Brown!: Followers’ Comment.

Kyle Rittenhouse Found NOT GUILTY on All Counts, Collapses in Court 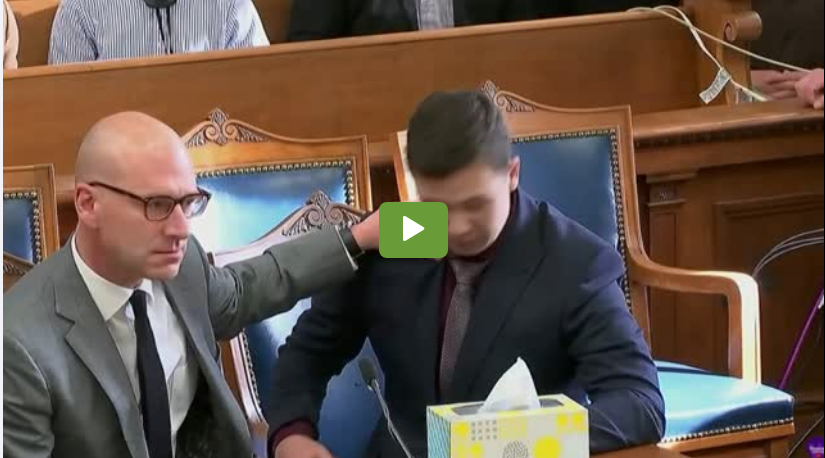 Kyle Rittenhouse is free. Justice has been served.

This was the right call. Maybe now the police will do their damn jobs so a 17-year-old kid doesn’t have to;

When these liberal governors and mayors demand that the police stand down more citizens will rise up;

The night this happened Trump had offered the National guard. The Governor turns him down in a purely political move.
The blood of those who died lands squarely on the hands of the Governor…;

ABSOLUTELY!!! This poor kid has to live with this for the rest of his life. Should Sue the state for not taking action against the rioters. then I would have never happened!;

Brought tears to my eyes…. Who’d think a young man defending his country vs domestic terrorists would have to go through this: Followers’ Comments.