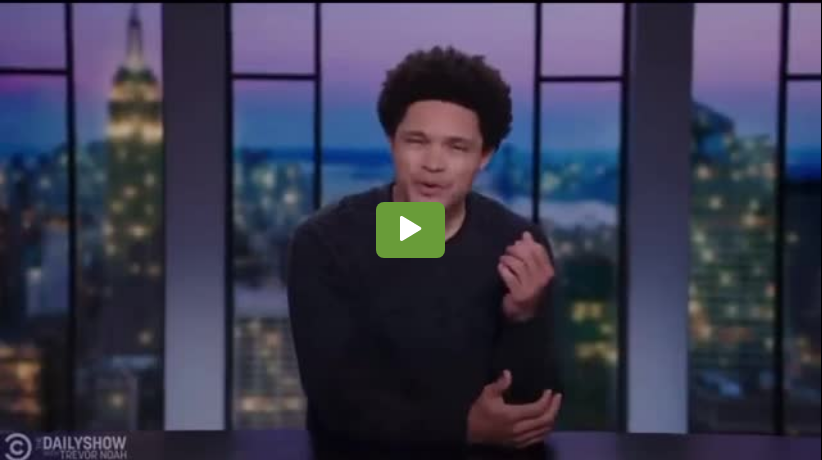 It took him this long.

I used to like his comedy when he first came out, but after his trump / America bashing, I was thinking he should go back to South Africa if it’s so bad here. Too little too late for me. He sucks;

you have to admit that it’s fun watching these ‘pundits’ shift gears after literally demolishing themselves against Trump. I include your sentiment with mine, along with Bill Mahr who seems to be pandering to sympathetic conservative opinions aka critical thinking. I will never trust that snake in the grass after what he said about crashing the economy if it means getting rid of Trump – and now Mahr is kissing his own @ss to save it. He’s a schmuck;

Trevor Noah is one of the thousands of celebrities that functions on a room temperature IQ. Anything intelligent coming from this man’s mouth is solely by accident: Followers’ Comments.