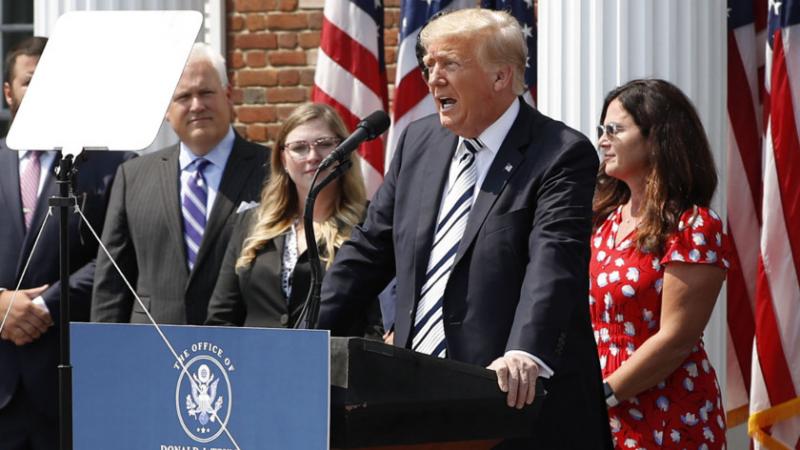 The Iowa Cause is the first-in-nation balloting in each presidential election cycle, with the Republican and Democratic winner of the balloting getting an early lead on the field of candidates, toward winning the respective party nomination.

The turnout and crowd reaction at the rally is also expected to be a good indication on whether Trump’s support extends beyond loyalists and into the more traditional GOP base.

He will hold the event at the state fairgrounds in Des Moines, the traditional stomping grounds for candidates and potential candidates when the election cycle begins, another likely message that he will seek the White House again in 2024.

Trump in August hired two political consulents in Iowa – Eric Branstad and Alex Latcham – to work for his political action committee, according to The Wall Street Journal.

A Des Moines Register/Mediacom Iowa Poll released earlier this week showed the 75-year-old Trump now higher favorability ratings in the state than he did as president.

Fifty-three percent of Iowans – including 91% of Republicans – viewing him positively. However, the survey didn’t ask Republicans whether they would like to see him run again.

Rich Schwarm, a former Iowa state GOP chairman, told the news outlet there is strong support among the Republican voters there for Trump’s policies. There are, however, mixed feelings about “whether he is the strongest messenger” for the party. “I think he would be the front-runner here if he were to run,” he said.

Mark Lundberg, a former Republican chairman in northwest Iowa’s Sioux County told the news outlet: “My preference is that Donald Trump has a role in the direction of our country and party and some influence over candidates, but I think it would be best for someone else to become the standard-bearer.”