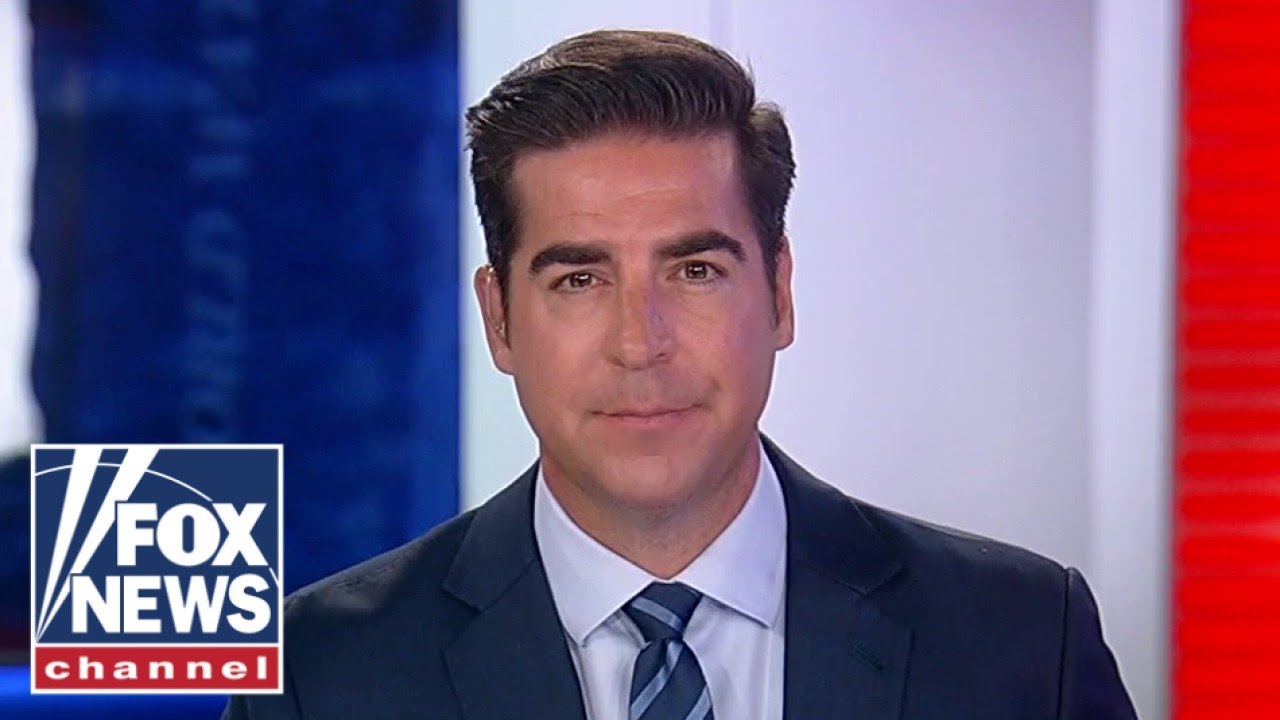 Watters criticized Biden for failure to manage COVID, the southern border, Afghanistan or inflation in the United States. 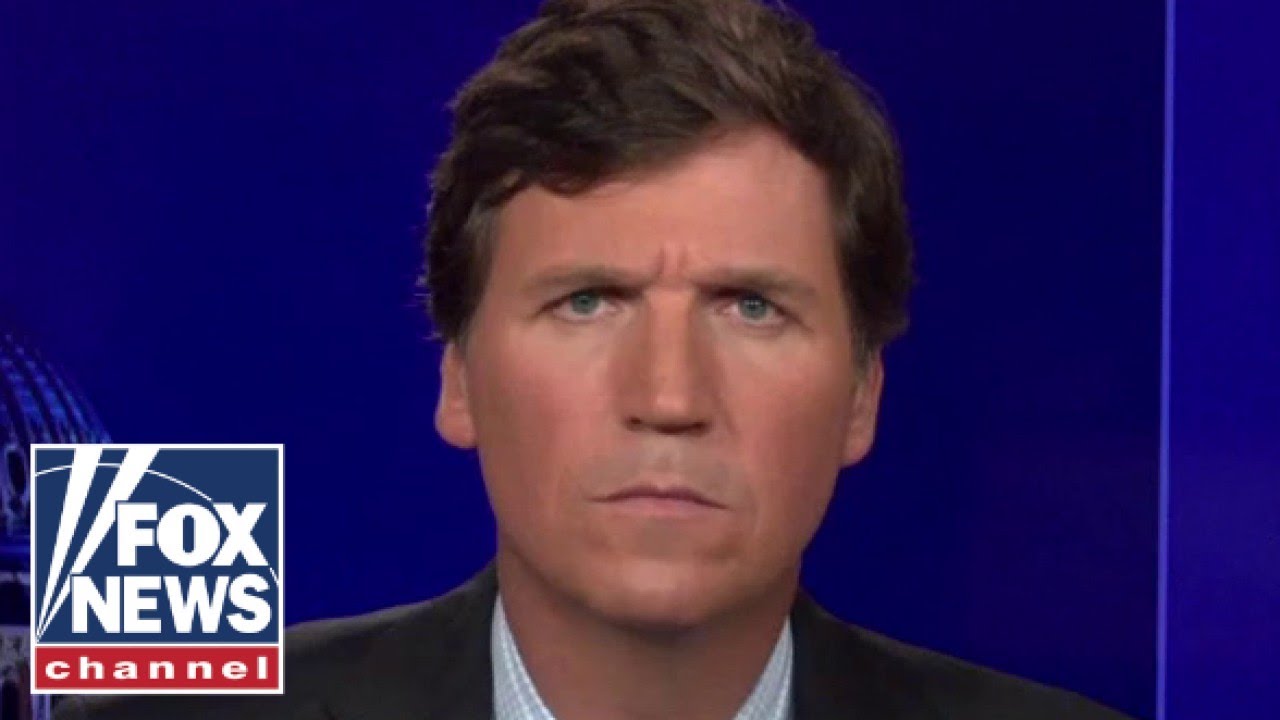 Tucker Carlson: It is beginning to seem like the national security state runs everything.

Who is really in charge of the White House?

President Joe Biden piled the pressure on congressional Republicans to vote for a debt ceiling increase in a meeting with bank and business leaders at the White House Wednesday, saying their opposition would take America “right to the brink.”

During the meeting with leaders of JPMorgan Chase & Co, Intel Corp, Citigroup, Bank of America, Raytheon Technologies Corp, Nasdaq Inc., and Deloitte, Biden said raising the debt ceiling is about “paying for what we owe.”

“Our markets are rattled, Americans’ savings are on the line … our Republican friends need to stop playing Russian roulette with the economy,” Biden said.

Biden said Republicans were planning to block a debt limit vote in the Senate on Wednesday.

“It’s not right and it’s dangerous,” he said.

Republicans want Democrats to raise the debt ceiling using reconciliation, a process that would not require Republican votes; Democrats have refused, saying Republicans should join them in the vote because the debt includes about $8 trillion in spending approved during Republican Donald Trump’s presidency.

A rift over the debt limit has been growing between corporate America and congressional Republicans traditionally aligned on economic issues.

Treasury Secretary Janet Yellen has estimated that a U.S. debt default could occur around Oct. 18 if Congress fails to give the government additional borrowing authority beyond the current statutory limit of $28.4 trillion, which was reimposed after a two-year suspension expired in late July.

At the White House meeting, Yellen said the issue was urgent. “It must be resolved immediately,” she said.

A coalition of groups representing investment firms and banks warned congressional leaders in a letter last week that a default would severely hurt financial markets.

“The United States of America defaulting on its obligations is not an option; we are counting on Congress to take the necessary steps to address the debt limit,” wrote Neil Bradley, executive vice president and chief policy officer at the U.S. Chamber of Commerce, the nation’s largest corporate lobbying group.

The Chamber spent $82 million on corporate lobbying in 2020, according to OpenSecrets, a research group that tracks political donations. Three-quarters of its campaign contributions went to Republicans in 2020, the group found.

“I didn’t even know the Chamber was around anymore,” U.S. House of Representatives Republican leader Kevin McCarthy told reporters on Wednesday, when asked about the business group’s position. He said the lobbying group will have no influence if Republicans take the majority in congressional elections next year. 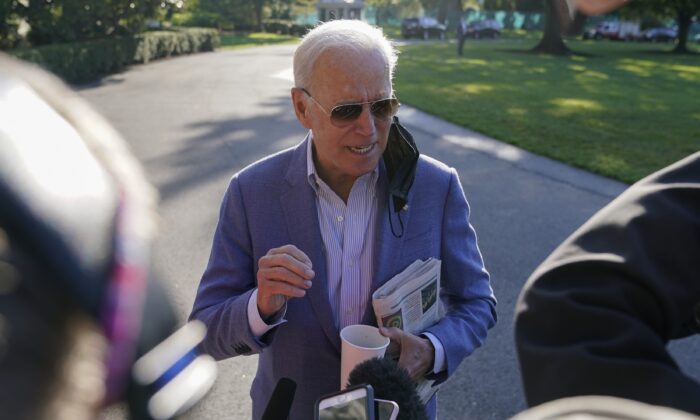 A new deadline. Frustration over clashes between Democrats in Congress. And optimism that President Joe Biden’s plan, backed by so-called progressive members, will ultimately succeed.

That’s what unfolded on Saturday, hours after House Speaker Nancy Pelosi (D-Calif.) canceled a vote on the bipartisan infrastructure package that the Senate passed over a month ago.

“Everybody is frustrated,” Biden told reporters outside the White House before departing for Wilmington, Delaware for the weekend.

Pelosi and Biden are trying to hammer out an agreement with the Congressional Progressive Caucus, a 96-strong group that’s holding firm on its insistence that it will tank the infrastructure bill if moderates don’t first help pass a budget package that comes in at $3.5 trillion.

Moderates, including two key senators, are upset that the bills have been tied together and many have so far refused to commit to supporting the budget bill.

Republicans are divided on the infrastructure legislation. Nineteen GOP senators helped Democrats pass it in August. Some Republican representatives have signaled they’ll vote for it. But without the progressives, the bill won’t pass. And Republicans unanimously oppose the budget bill. Democrats plan to use a process called reconciliation to ram it through with zero GOP votes, but that requires support from Sens. Kyrsten Sinema (D-Ariz.) and Joe Manchin (D-W.Va.)—support that’s not there right now.

Democrats enjoy a majority in both legislative chambers, but hold only eight more seats than Republicans in the House and have no votes to spare in the 50-50 Senate, where Vice President Kamala Harris can break ties in her role as president of the body.

Democrat leaders have been trying—and failing—to align enough members on reconciliation, attempting to use the infrastructure package as leverage.

Fractures have become more apparent in the party. Rep. Josh Gottheimer (D-N.J.) penned a lengthy statement Friday hitting Pelosi for her second delay on the infrastructure vote after promising she’d bring it before the House before Sept. 27. Pelosi allies circulated posts on social media responding to the statement, including one that noted the progressive bloc is much larger than Gottheimer’s bipartisan Problem Solvers Caucus.

Sinema released a rare public statement Saturday expressing disappointment in the continued delay. She helped craft the bipartisan agreement and her desire to see the House approve it has driven “good-faith negotiations” on the reconciliation package even as she and Manchin have balked at the mammoth price tag.

“Good-faith negotiations, however, require trust. Over the course of this year, Democratic leaders have made conflicting promises that could not all be kept—and have, at times, pretended that differences of opinion within our party did not exist, even when those disagreements were repeatedly made clear directly and publicly,” she wrote. “Canceling the infrastructure vote further erodes that trust.”

Biden told reporters Friday that the bills could pass in six days or six weeks. “It doesn’t matter. We’re going to get it done,” he said.

Biden was speaking on Capitol Hill, where he traveled to apply pressure in person on lawmakers who want to pass the infrastructure bill and tackle the budget package separately. That aligns him with the progressive bloc and Pelosi and her allies, who tried downplaying the disagreements within the caucus.

“I think right now the Democratic caucus is 97 or 98 percent unified. There might be some further agreements that need to be made with certain senators who have reservations but I’m seeing extraordinary consensus across the Democratic caucus. This has been a very positive process,” Rep. Jamie Raskin (D-Md.), who is close to Pelosi, told reporters after meeting with Biden on Friday.

Manchin has called the idea of approving another $3.5 trillion “insane” and Sinema has repeatedly said she won’t vote for that much money in a budget package. Biden told Democrats that the top line may have to be lowered to around $2 trillion to garner enough votes.

Rep. Tom Malinowski (D-N.J.) said that Democrats are united behind wanting to support the president, even if they have different ideas on how to do that. “But you know, we’ve got to—we can’t have five different generals here either,” he told reporters.

Republicans say the refusal to vote on infrastructure without tying it to the larger package shows progressives are dictating the Democrat agenda.

Biden admitted as much in Washington, appearing to confirm lawmakers’ accounts of what he told them behind closed doors.

“I am a realist. I’ve been—I was a senator a long time. I know how legislation gets done. There is no reason why both these bills couldn’t pass independently except that there are not the votes to do it that way. It’s a simple proposition,” he said.

Summing up frustration with Manchin and Sinema, he added: “We can bring the moderates and progressives together very easy if we had two more votes. Two. Two people.” 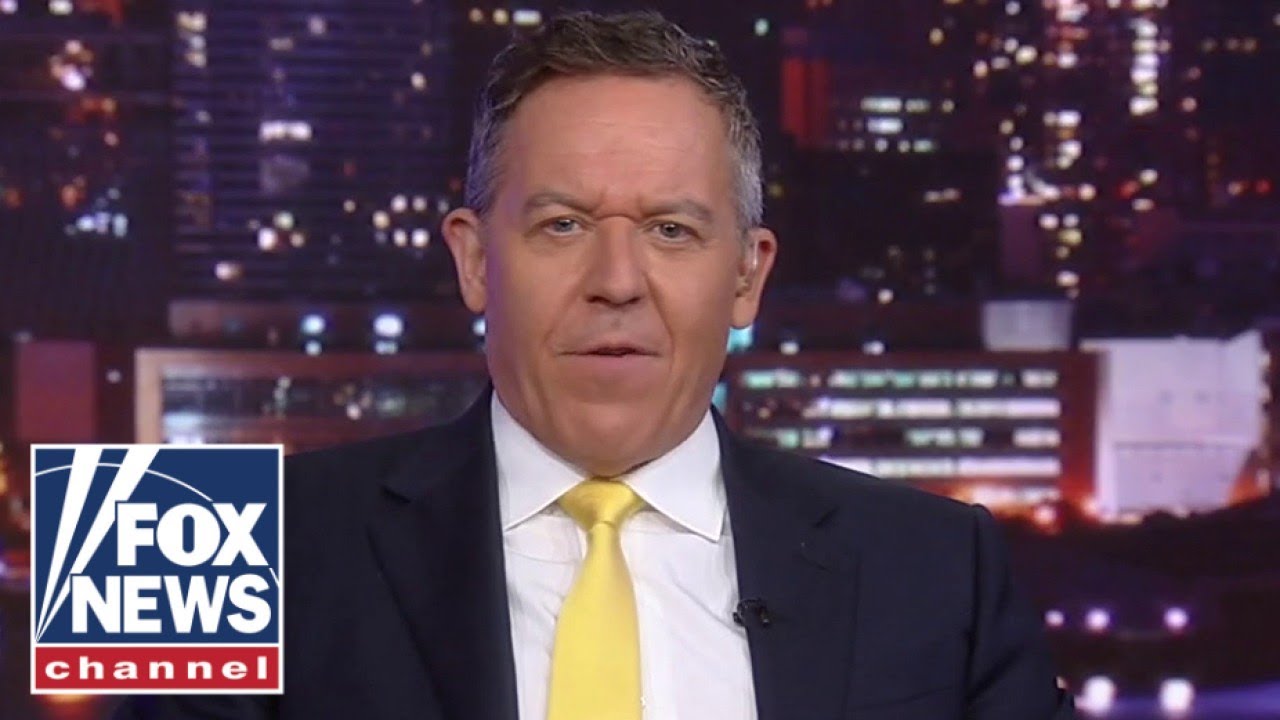 Greg Gutfeld: Whatever the Dems accuse you of doing, they are in fact doing themselves

Without the ability to cover up their crimes, the Dems can’t win — and without the media, they can’t survive.