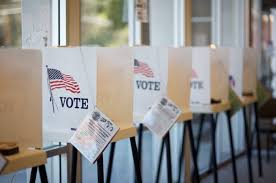 Secretary of State Jocelyn Benson and Nessel argued the charges show that when “rare” election fraud happens, the current safeguards stop it.

“These cases highlight the scrutiny applications and ballots undergo throughout the election process, as well as the thorough investigative process that ensues when instances of attempted fraud are suspected,” Nessel said in a statement.

Procedurally, reports of voter fraud are often first reported to local law enforcement or the Michigan Bureau of Elections (BOE) for initial investigation and then routed to the Michigan State Police (MSP) or Department of Attorney General (DAG) if investigators believe a crime occurred.

“These charges also send a clear message to those who promote deceitful claims about widespread fraud: the current protocols we have in place work to protect and ensure the integrity of our elections. It’s time to share that truth and stop spreading lies to the contrary,” Benson said in a statement.

In October 2020, the Centerline Clerk contacted the BOE after roughly two dozen absentee voter applications were dropped off for processing. The clerk said the application signatures didn’t match voter signatures in the Qualified Voter File (QVF). In Nov. 2020, investigators found the applications came from the Father Muray Nursing Home and were for residents who hadn’t told staff they wanted to vote in the 2020 General Election.

Investigators determined Trenae Myesha Rainey, 28, a facility employee, did not contact residents as set by procedure and instead filled out the applications and forged the resident’s signature to each application. Rainey is charged with six felonies in Macomb County’s 37th District Court. Arraignment isn’t yet scheduled.

In April 2021, the BOE reported a case of double voting. A signature review of a returned absentee ballot to the Detroit City Clerk determined the signature did not match the signature in the QVF. That registered voter also voted at his polling location on Election day. An investigation determined the grandmother of the registered voter, Carless Clark, 59, returned his absentee ballot by mail despite her grandson deciding to vote in person. Clark admitted to signing her grandson’s absentee ballot because she was concerned he would not have time to vote on Election Day. Clark is charged with two felonies in Wayne County’s 36th District Court:

In October 2020, BOE became concerned about possible election fraud after receiving similar inquiries from local election administrators through the QVF Help Desk. The inquiries centered on applications for absentee ballots signed with an “X” and requesting that the ballot be mailed to the business address of Guardian and Associates in Oak Park. BOE referred the review to MSP for a criminal investigation.

Investigators determined Nancy Juanita Williams, 55, planned to control absentee ballots for legally incapacitated persons under her care by fraudulently submitting 26 absentee ballot applications to nine identified city and township clerks. Williams sought to have absentee ballots for those individuals mailed directly to her. She also submitted separate voter registration applications for each person – all without knowledge, consent, or understanding of the person under her care. MSP ultimately referred the case to DAG in May 2021 for charges.

Williams is charged with 14 misdemeanors and 28 felonies across five courts. Williams’ arraignment is scheduled in Redford’s 17th District Court on Nov. 2 at 8:45 a.m.

The charges of election fraud follow an argument in Lansing where Republicans are pushing what they say are election security bills, but Democrats decry as voter suppression. The bills aim for stricter voter ID measures. Of the above three charges, only the double-vote counted in the 2020 election. “The other two were caught during the absentee ballot application processing and never issued actual ballots,” Nessel spokeswoman Lynsey Mukomel told The Center Square in an email.